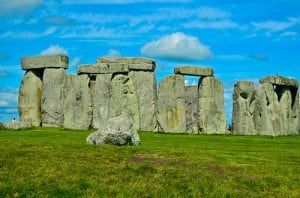 A new scheme has been announced by English Heritage in which they are offering thousands of state schools free school trips to famous historical sites.

The scheme, funded by donations and legacies, will look to benefit over 30,000 children a year, with schoolchildren visiting iconic sites such as Stonehenge and Hadrian’s Wall.

The introduction of the scheme, which will set aside £120,000 a year to pay for 7,500 coaches, came about as response to recent figures that reported a “gradual decline” of school visits. Figures highlighted that there were 478,500 educational visitors to English Heritage sites in 2002-3, compared with 345,000 in 2012.

Exploring the reasons behind this decline, cost of transport had been cited as a significant obstacle in the feasibility in making trips.

Support for the Scheme

The scheme has been welcomed and supported by many in education with Education Secretary Michael Gove saying: “Tens of thousands of children will be able to visit and be inspired by the sites that played a significant role in shaping the history of England.

National Union of Teachers general secretary Christine Blower also said of the scheme “While we regret that school budgets are being cut to the extent they cannot afford transport costs, this is an extremely good idea. While schools could ask for donations, many parents will not be able to afford to do so. This leads to young people not having access to the all-round education school trips provide.”

The general consensus regarding this scheme, is one of overwhelming positivity and support. Extending the history lesson resources to outside of the classroom, will provide further inspiration to pupils and help foster an interest and enjoyment in history that will hopefully will extend beyond the learning years and into later life.