Climate conversations are never simple, with many people finding it hard to visualise a world of climate chaos or simply refusing to do so. That is why discussions through literature are so important – they bring the pandemonium to life and aid in envisaging a ravaged world, unlike anything we have seen before.

It feels like we are approaching the Golden Age of Young Adult ‘cli-fi’ (climate change fiction). Our worldwide news is constantly awash with ecological disasters and the beginning of 2020 has been no different with the devastating bush fires in Australia horrifying people all over the world. Although gaining popularity, very few ‘cli-fi’ novels actually deal directly with climate change but rather discuss the after-effects. Our No Planet B collection strives to raise awareness of the irreversible damage we are causing, a collection to shock but also to inspire – books that act as literary catalysts.

No Planet B contains various ecological dystopias, each venturing into an unknown future of our world. Every title asks the reader to imagine themselves in place of the lead character as devastating environmental change brings with it the breakdown of society as we know it, posing problems of not just how to survive but how to stay human. Will they be a person of action or inaction? Would they only fend for themselves or would they help others in this time of need? Would they fall into despair or hold onto hope?

Both Phoenix Rising and Floodworld examine a planet nearly completely underwater, a very possible future with rising sea levels threatening to engulf coastlines. How To Bee scrutinises the devastating effect of the extinction of bees, an issue that is already a reality in rural China, who use humans to artificially pollinate because pesticides have radically reduced the bee population. Dry and The Survival Game look at life on Earth with barely any freshwater, something that we currently take for granted, but that climate scientists agree is a real issue as drought-stricken areas spread in the face of climate change.

I realised after creating the No Planet B collection that these books were actually quite daunting and emotionally taxing in terms of how close the subject matter is to our reality, it even scared me a little bit! So, to combat this feeling of helplessness I created the Generation Hope collection – a collection all about youth activism and how you can positively impact upon the issues that you care about.

Although many titles take a look at the environment and the positive changes that we can make (This is Not a Drill – the Extinction Rebellion Handbook and Greta Thunberg’s inspiring No One Is Too Small To Make A Difference), other important movements are discussed (They Can’t Kill Us All from the Black Lives Matter Movement and Glimmer of Hope from the March For Our Lives movement which wants stronger gun control laws in the US), as well as general books on how to make a difference in the world today.

As Tolmeia Gregory recently stated ‘Youth activism is not something we should need or be relying on – it is something growing out of necessity for change, whether it be relating to the climate crisis or another social issue.’ The young adults of today feel that they have been let down and that it is now their responsibility to fix issues caused by the previous generations. With both the Generation Hope and the No Planet B collections you can inspire your students to find their voice, be that change and guide them in how to fight for a purpose.

← Previous Next →
We Also Recommend
Save 19% 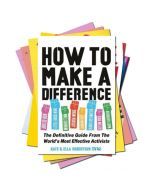 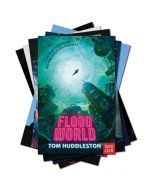