The Raiders of the Lost Shark

Product Code
9781848123632
Pirates ahoy! An island of treasure adventure starring the nastiest pirates ever to sail the seven seas! 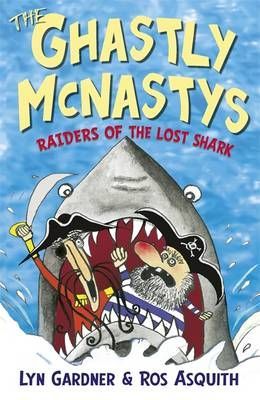 The Raiders of the Lost Shark
Description
The second book in the hilarious THE GHASTLY MCNASTYS series. Grisly and Gruesome McNasty are so scary, even fish cover their eyes and swim the other way when they see them coming! The McNastys are after Captain Syd's treasure, rumoured to be buried in Little Snoring Castle. And they're in luck - a pirate movie's being shot there. They reckon they'll easily be able to sneak into the castle, blend in with the cast and steal all the treasure. But youngsters Tat and Hetty, have outwitted the dastardly duo before, and have plans to trap them once and for all.
More Information