Product Code
9781407143606
When orphaned Mary Lennox comes to live at her uncle's great house on the Yorkshire moors, she finds it full of secrets. Then one day she discovers a secret garden, walled and locked, which has been completely forgotten for years and years. Can Mary bring the garden back to life - and solve its mystery? 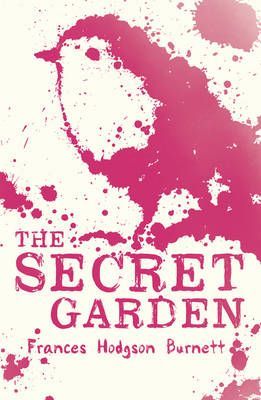 The Secret Garden
Description
When a cholera epidemic kills Mary Lennox's family in India, she is taken to her Uncle Craven's house in the sprawling Yorkshire moors, Misselthwaite Manor. Previously angry and lonely, Mary grows calmer and gradually makes friends with her maidservant Martha Sowerby who tells her that the late Mrs Craven used to love tending to a private garden in the grounds but following her death, her Uncle Craven had locked the garden and buried the key. Mary becomes fascinated by this secret garden and one day miraculously discovers the key down a badger's hole. As she becomes accustomed to life in Yorkshire and tending to the secret garden, Mary becomes convinced that she can hear a mysterious crying sound from within the house. With the help of Martha's younger brother Dickon, Mary discovers that she has a secret young cousin Colin who has been locked away in the house for years and it is he who has been crying. Mary and Dickon take it upon themselves to nurture Colin back to health, exploring the secret garden as they do. Eventually there is a happy ending for all the children, thanks to the Secret Garden.
More Information