Product Code
9781405271394
Book Bands:
Tackles ocean pollution. In this title, you will find the whale, the clownfish and the starfish on every page - until the piles of rubbish start to make it much too difficult. It offers a suitable way to introduce the topic of the environment to children. 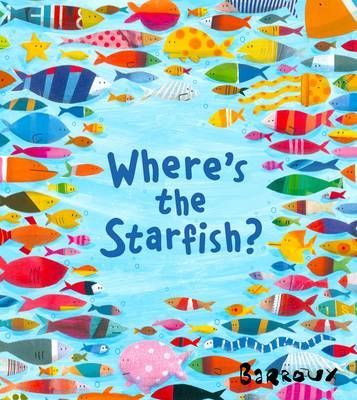 Where's the Starfish?
Description
Barroux tackles ocean pollution in the stunning follow-up to the critically acclaimed Where's the Elephant? - recommended by The Guardian, Sunday Times and The Sun. Find the whale, the clownfish and the starfish on every page - until the piles of rubbish start to make it much too difficult. Both a Where's Wally-style spotting game and a striking work of art, this almost wordless tale puts the power back in the hands (or fins) of the natural world, with a boldly beautiful twist ending. With an insight and warmth comparable to Frann Preston-Gannon's The Journey Home, Barroux has created an astoundingly powerful modern classic that promises to be remembered for generations to come. The perfect way to introduce the topic of the environment to children. Barroux's books include Uncle John and the Giant Cherry Tree, which won him the 2005 Enfantaisie Award, and the extraordinary Line of Fire, Diary of An Unknown Soldier which has received widespread critical acclaim. In 2015 Barroux won the first Parents, Babies, a Book competition for his work Chuut! which will be given to every newborn baby in the north of France. His book Where's the Elephant? has been longlisted for the Kate Greenway Medal 2016.
More Information