“We need to live in a culture that values, respects, looks up to and idolizes women as much as men.” Emma Watson

Happy International Women’s Day! March the 8th is a day for celebrating the many achievements of women across the globe. It is also a day to highlight issues that still need to be solved in order to accomplish equality. The #IWD2020 theme is #EachforEqual, calling for each of us to take control of our actions and be held accountable in a world where “we can actively choose to challenge stereotypes, fight bias, broaden perceptions, improve situations and celebrate women's achievements.”

2019 felt like a mixture of achievements and failures for women’s rights. Whilst Saudi Arabia granted women the right to drive without a male chaperone, Turkey announced the ‘marry-your-rapist’ law. In Finland women dominated the top political spots, including the youngest Prime Minister ever elected, yet the 2020 Sex and Power Index from the Fawcett Society shows that men still dominate every sector of politics, public life and business. Whilst Ireland brought in legislation so that women and girls can terminate a pregnancy without fear of being prosecuted, states across the U.S. are passing the most restrictive abortion laws in decades, potentially putting women’s lives at risk.

The following six topics are designed to promote awareness and discussion in the classroom.

← Previous Next →
We Also Recommend 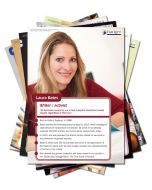 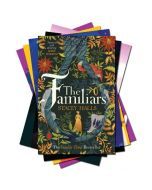 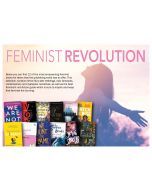